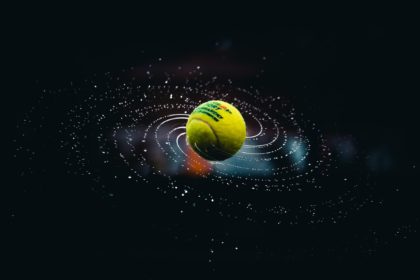 Introduction and background facts
The Plaintiff is a professional agency representing rugby players. The Defendant is Gary Botha, a professional rugby player and former Blue Bulls and Springbok Hooker at the time. On 5 October 2009, the Plaintiff (a UK based company), represented by its sole director, Mr Christian Abt, entered into a written agreement with the Defendant (“the Agreement”). In terms of the Agreement the Plaintiff was exclusively mandated, for a fixed period of two years, to represent the Defendant in all contractual negotiations with any employer, or prospective employer anywhere in the United Kingdom or France. The Plaintiff’s professional services were calculated at a rate of 10% plus VAT of the value of all contracts entered into by the Defendant during the period of the Agreement.

On 2 February 2011, the Defendant breached the terms of the contract. The Plaintiff claimed contractual damages as a result of the Defendant negotiating his player contract directly with Toulouse (the “Club”) absent Mr Abt’s knowledge and assistance.

The Plaintiff based its damages claim on the Defendant’s Repudiation of the Agreement, which was contained in a letter dated 28 March 2011, in which the Defendant informed the Plaintiff that he was cancelling the Agreement. The Plaintiff alleges that he did not accept Repudiation and insisted on the enforcement of the Agreement.
Moreover this case brought to light the relationship between the principle and agent which must at all times remain one of a contract of mandate and not a personal relationship. This was the case herein when the Defendant alleged that he had contracted with the Plaintiff in his personal capacity. Mr Abt, though aware of his lack of capacity, did not include a clause which allows him to cede his mandate.

The Defendant concluded that the Plaintiff had not negotiated employment at the Club on his behalf as he did not have locus standi in France. Furthermore, the Defendant cancelled the Agreement with Mr Abt directly and not the Plaintiff.

The Plaintiff maintained that although he did not have locus standi he still enjoyed the rights, duties and obligations owed to an agent via his licensed French counterpart.

• The nature of a principal and agent relationship is personal. An agent may not, in circumstances where personal confidence reposed and special skills are required, delegate his mandate to a sub-agent, without consent of his principal.

• The maxim of delegatus delegare non potest the presumption against the delegation of powers is still present in our law.

• lt is in any event trite, and an inherent principle that, in the event of the agent being authorised to sub-delegate his contractual mandate, that the sub-agent can never be empowered to do something the agent could not do or was not entitled or empowered to do. The Plaintiff or Mr Abt could not mandate a sub-agent to enter into negotiations with Toulouse in view of the fact that neither the Plaintiff nor Mr Abt was licensed to do so. They were precluded from transferring a right they did not have.

• The principle of caveat subscripto was applicable especially since the Plaintiff himself decided to draft the mandate, to which he now seeks to distance himself from and infer details to which the Defendant did not consent to.

The court found in favour of the Defendant and held that the Plaintiff failed to overcome or establish that he was authorised to legally represent the Defendant in France, as it was a factual impossibility. As such, neither the Plaintiff nor Mr Abt could hold the Defendant to the contract insofar as it involved the Defendant’s contract with Toulouse.
As such the offensive clause of the Agreement was found to be divisible and the Defendant was not bound by it. In light of this the Plaintiff had no cause of action and its claim was dismissed with costs.

The relationship of a principle and agent is drenched in various contractual principles and complexities.

Regardless of the parties’ intentions and the nature of the contract, all contracts of mandate must comply with contractual legal principles of agency.

Parties must ensure that each party’s full rights, duties and obligations as well scope of authority are fully and clearly detailed in such Agreements to avoid situations as above.

Agents are to desist from acting outside their scope of expertise and leave drafting of contracts to attorneys.